At Mike Carlson Motor Company, our mission is to get North Texas driving. But we know that it’s not just about getting you on the road, it’s about keeping you there. That’s why every car, truck, and SUV that MCMC sells comes with an included warranty.

Our beginning can be traced back to New York City, where Kent Einar Carlson lived and worked as a carpenter. Newly married and tiring of the NYC lifestyle, Kent and Ester Carlson headed for “sunny” California. After three straight weeks of rain, the newlyweds picked up and moved to Texas. 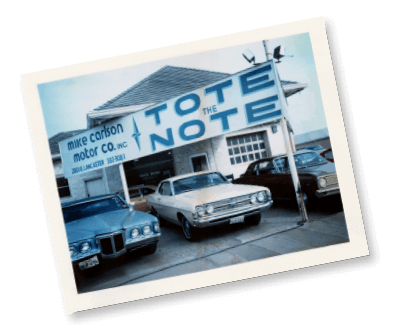 When a savings and loan crisis in the late 60s led to restrictions on loans to people with less than perfect credit, “Mike” Carlson founded Mike Carlson Motor Company.

Since then, Mike Carlson Motor Co. has grown from an inventory of 3 vehicles to over 1,000. Though Kent “Mike” Carlson is no longer with us, the company remains family-owned and operated. We’re proud of our past and look forward to the future of helping North Texans stay on the road to credit freedom. 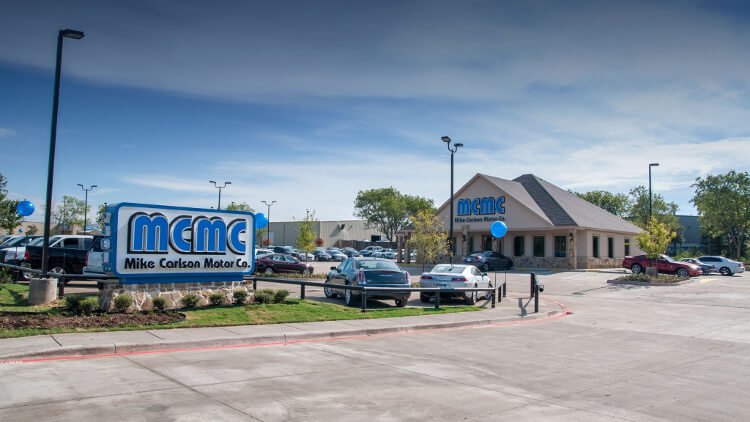 Elvis was very professional and no pressure to buy. His customer service as excellent and on point. Very honest with every piece of information that was presented to me. I will purchase again with Elvis and thank you again for your awesome service.
T
Tao Allen

Elvis was very professional and no pressure to buy. His customer service as excellent and on point. Very honest with every piece of information that was presented to me. I will purchase again with Elvis and thank you again for your awesome service.
R
Robert Freeman

Carlos Cuautle was amazing. Quick simple process. Don't have the best credit and was in and out in just over an hour. Highly recommend.
S
Shreka Mayweather

I was very happy and satisfied and happy!! Pablo went above and beyond. He made sure I was satisfied. I would most definitely recommend MCMC to anyone. They are very honest and professional as well.
J
Jonathan Gilliland

Met with Lloyd Fitton he was amazing!! Had me in and out within 2 hours!! Have horrible credit and he was able to get me approved and drive off the lot with a 2017 Dodge Grand Caravan right in my pay range!!
J
Jessica Herrington

The online application process was easy and painless! Adrian was the definition of courtesy. The atmosphere was comfortable and everyone was polite and professional. I got exactly what I went for and had a great experience. Thank you Adrian!
A
Alexis Elia

Honestly I've never had such a positive and welcoming experience getting a car. Their online option is SO convenient. Not to mention the cars have the accident reports and stuff that are provided. Everyone from start to finish was really great!
B
Brittany Weathers

Lloyd from the burleson office was a big help and got me the car I wanted with low down payments and on my way in good timing. Very impressed with the service I received..I highly recommend for your services to be used..